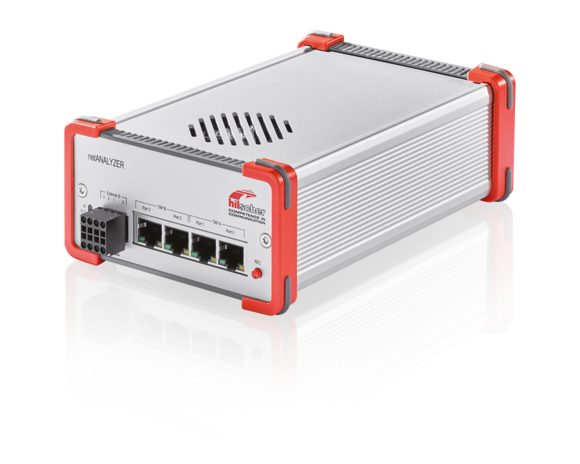 The netANALYZER is a tool for the simple analysis of Real-Time Ethernet networks. A capture-hardware for recording the telegrams in the network as well as a graphical user software for Windows with extensive analysis functions are included within the delivery. Of course, the netANALYZER hardware can also be used in combination with other analysis programs such as Wireshark.

With netANALYZER and the add-on software netANALYZER Scope, you can measure data at any time in the intuitive graphical interface with oscilloscope functions, e.g. process values, network load, communication events and telegram jitter, without affecting the Ethernet network or the PLC.

To narrow down the number of sporadic errors, netANALYZER box supports the autonomous operation without PC. A telegram can thus be recorded "quickly" in the field at the push of a button. For trouble shooting, the extensive trigger function enables the netANALYZER to remain in a plant for a while. If trigger events occur, the netANALYZER automatically generates telegram snapshots that can later be interpreted with the netANALYZER Scope software. 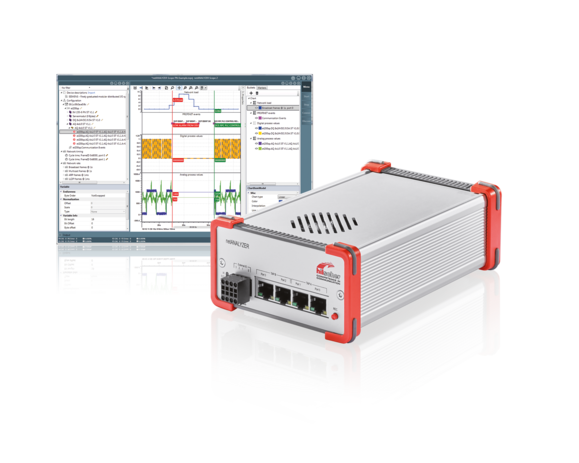 The perfect extension for netANALYZER