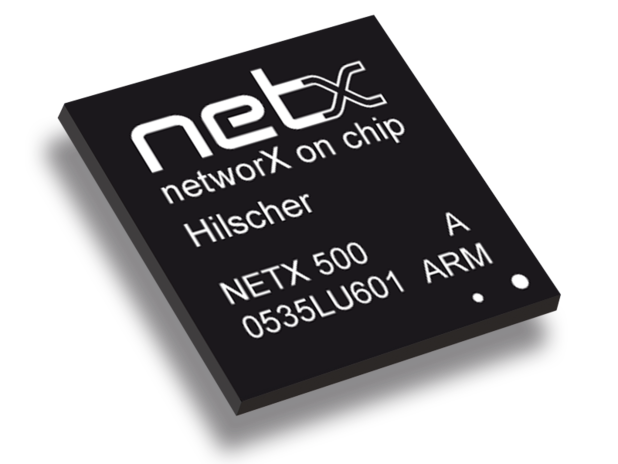 The netX is based on the 32-bit CPU ARM 926EJ-S, clocked with 200 MHz, has a memory management unit, caches, DSP, and Java extensions. The 144 KByte internal RAM and 32 KByte ROM memory, that contains the boot loader, is sufficient for smaller applications. For Windows CE and Linux, the memory is externally extended by SDRAM, SRAM or FLASH. The connection to a subordinate Host is carried out via the Dual-Port Memory interface which is also configurable as a 16-bit extension bus for stand-alone applications.

Extensive periphery functions, serial interfaces such as UART, USB, SPI, I²C, as well as the integrated graphic controller enable a large variety of applications. The central data switch and the four freely configurable communication channels with their own intelligence represent the unique feature and distinguishing characteristic of the netX as a high-end network controller. Via five data paths the data switch connects the ARM CPU as well as the communication, graphic, and host controllers to the memory or the peripheral units. The controllers thus transmit the data in parallel, contrary to the traditional sequential architecture with merely one common data bus and additional bus allocation cycles.

The controllers of the four communication channels are identical and have a two-level structure. They consist of dedicated ALUs and special logic units that receive their protocol function via microcode. Two channels additionally contain an integrated PHY for Ethernet.

The Protocol Execution Controller xPEC compiles the data into packets and controls the telegram traffic.

The data is exchanged block-by-block via DMA with the ARM memory. As an alternative, each channel has a dual-port memory for status information or as a local process data memory.

With the intelligent communication ALUs, the netX can realize a wide variety of protocols and protocol combinations and synchronize them regardless of the reaction time of the CPU – a brand new feature in the industrial communication technology. 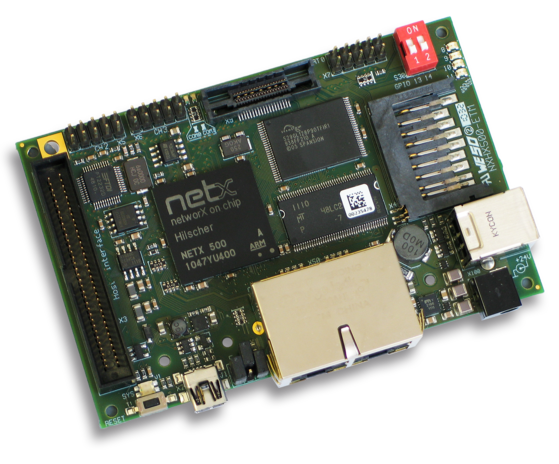